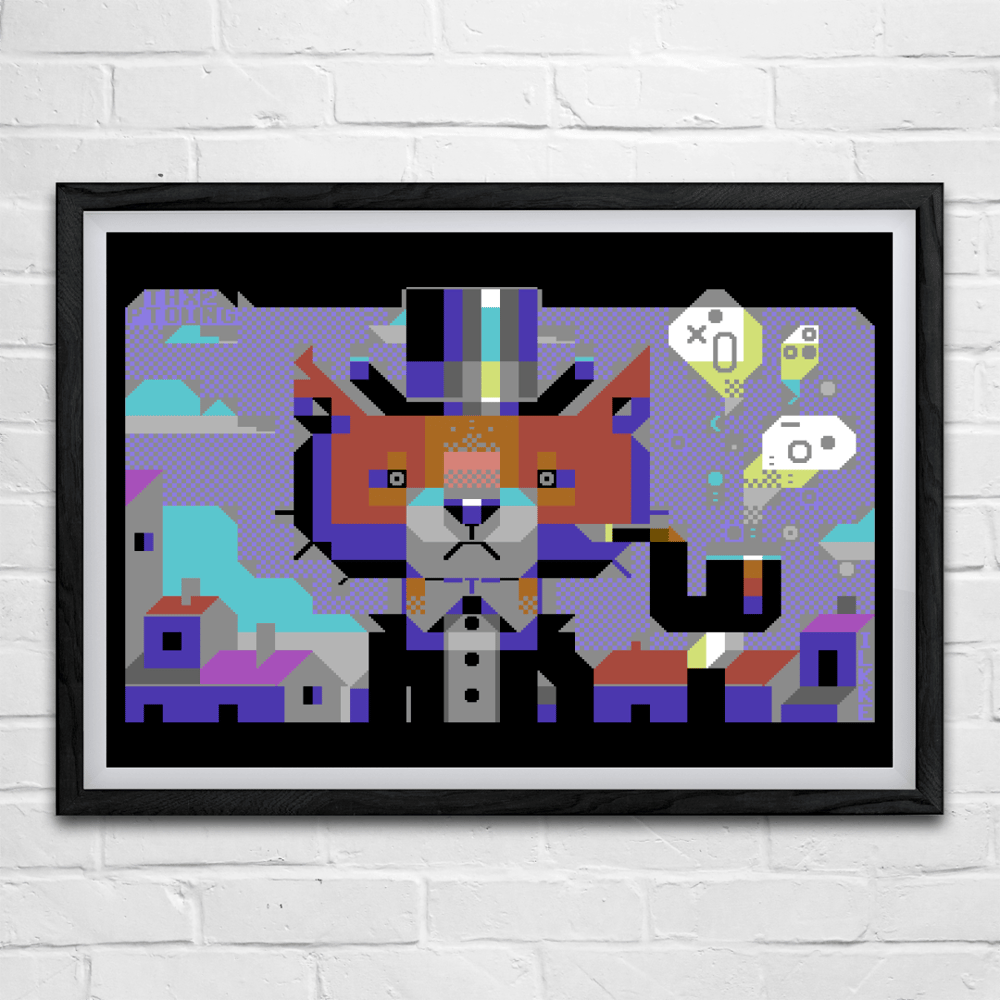 Copyright:
Ilija Melentijević 2013
Compatibility:
Most wall systems (an A2 frame is recommended).

The first of a planned series of posters from a variety of C64 artists, RGCD present two stunning limited edition A2 prints of Ilija "iLKke" Melentijević's recent artwork; Psyboarfunk and The Game Is Apaw!

Originally released in an unfinished state at the Syntax 2013 demoparty in Melborne (where it achieved 2nd place in the Mixed Graphics compo), Psyboarfunk is a C64 multicolour rework of an old four-colour piece by Ilija. The final version used here was completed a week after the party.

The Game Is Apaw! was Ilija's entry in the 2013 Plain PETSCII Graphics Competition held over at CSDB, where it achieved 5th place out of over 100 submissions. The Game Is Apaw! was composed entirely using the standard CBM ASCII character set, and is based on an 8-colour cat avatar he pixelled back in 2011.

This set includes both A2 posters (420mm x 594mm in size), created from screen captures then optimised and converted into CMYK format by Steve Day. The posters are numbered individually on the reverse side and are sent rolled together in a reinforced poster tube. Only 100 sets will ever be available for sale.