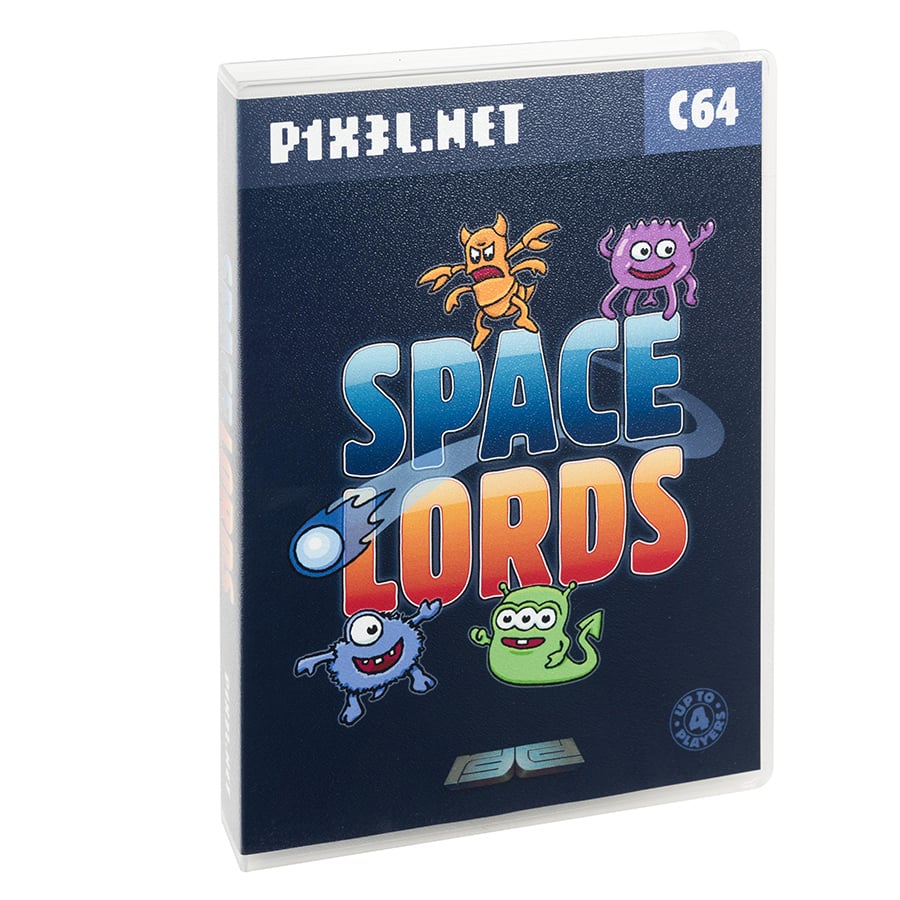 Space Lords is a single-to-four-player space-station smashing battle-game that supports a huge variety of controllers (joysticks, mice, paddles, keyboard and the Protovision 4-Player adapter) and includes several game modes for either tournaments or single play sessions.

Initially released as one of the higher scoring entries in 2011's C64 16KB Cartridge Competition, ALeX, Retrofan and Taxim from P1X3L.NET are proud to present the 'Centaurus' version of the game on a 16KB cartridge courtesy of RGCD, complete with a space-freighter load of aesthetic and gameplay improvements over the previous Andromeda and Andromeda II builds.

Space Lords has been designed to be NTSC compatible. The music and gameplay, however, does still play fractionally faster on NTSC machines and there is a limit to three balls being active in the arena.

Space Lords is presented in a modified plastic Universal Game Case complete with custom made foam insert (as with the rest of our deluxe range). The cover art was illustrated by Retrofan and the game comes complete with a P1X3L.NET sticker, a large weather-proof vinyl RGCD sticker and an RGCD post-card. Full game instructions in both English and German are provided in professionally printed A7 manual. The 16KB PCB is housed in classic black cartridge shell, with a 3D domed Space Lords label.

Please note that Space Lords is also available for FREE as a downloadable .CRT image here to use via emulation or on real hardware devices such as the Ultimate 1541-II.