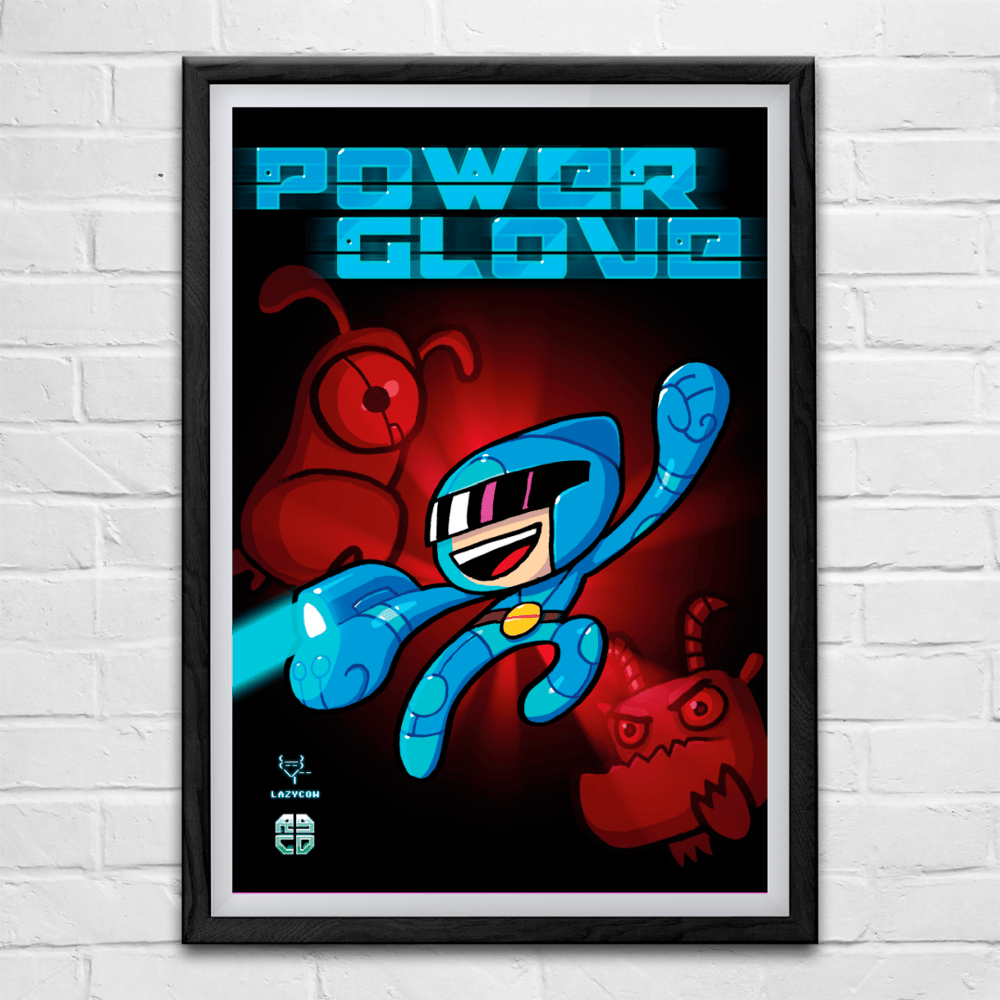 The world's fossil resources are exhausted. Two polar subterranean thermal reactors supply the increasing energy demand of mankind. An explosion in the Northern polar thermal reactor has destroyed all primary and secondary energy connections and contact with the engineers and rescue robots has been lost.

Without an energy supply the death of billions is imminent! We need the five control diamonds to engage the station's backup systems. Use the shielded suit and the Powerglove to protect you against the maintenance robots.

Powerglove has full NTSC support, and the game and music run at the same speed as on PAL systems.

This poster bundle includes both an official A2 and A3 Powerglove poster by Ilija 'iLKke' Melentijevic *as well* as an immediately downloadable copy of the game. The posters are sent rolled in a reinforced poster tube.

The downloadable version of Powerglove comes as a cartridge rom image (.CRT) for use via emulation or on real hardware devices such as the Ultimate 1541-II. The download includes a text manual and map pdf.