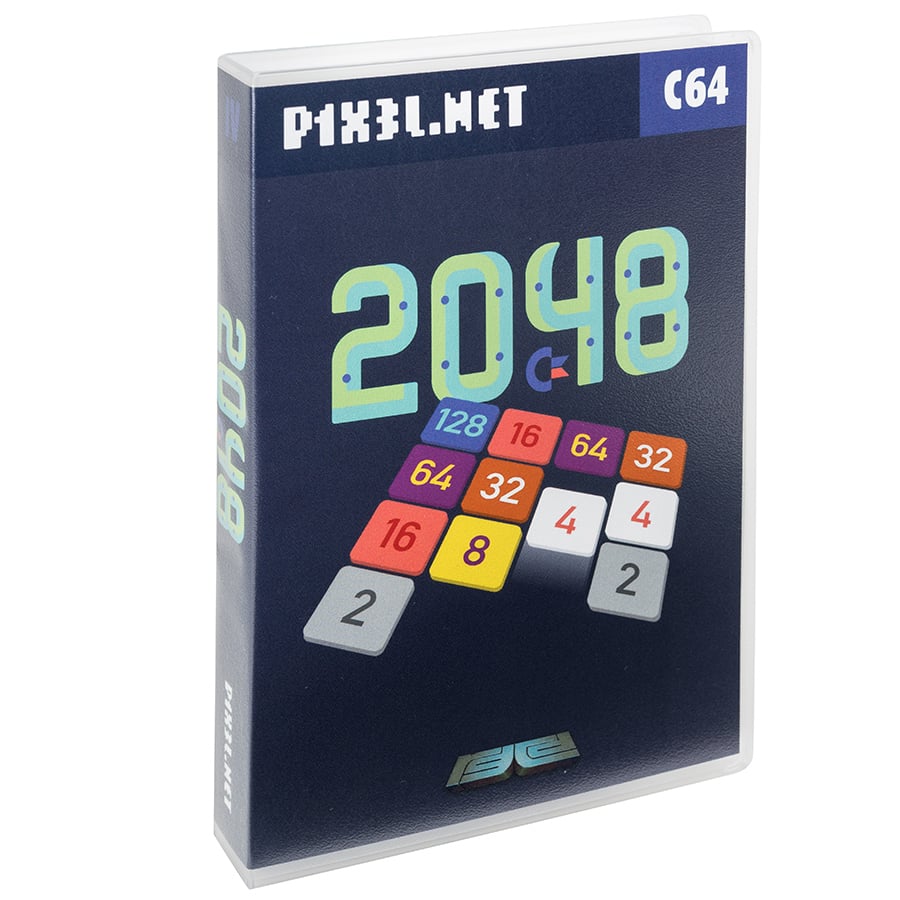 Join the numbers and get to the 2048 tile! P1X3L.NET and RGCD are proud to present C-2048, the super-addictive colliding-numbers game for your Commodore 64 home computer!

Slide the tiles around the board and collide identical numbers in order to climb up the power-of-two series until you achieve 2048. Each turn a new '2' or '4' stone will appear on the 4x4 grid, meaning that you'll have to choose your moves carefully. Every time you collide two or more tiles, your score increases by their merged value.

C-2048 is presented in a modified plastic Universal Game Case complete with custom made foam insert (as with the rest of our deluxe range). The cover art was illustrated by Retrofan and the game comes complete with a two P1X3L.NET stickers, a large weather-proof vinyl RGCD sticker and an RGCD post-card. Full game instructions are given on the rear of the box. The 16KB PCB is housed in purple cartridge shell, with a 3D domed C-2048 label.

Please note that C-2048 is also available for FREE as a downloadable .CRT image here to use via emulation or on real hardware devices such as the Ultimate 1541-II.